GET A QUOTE
Menu

Audiometric screening tests are essential for workers’ health and safety in multiple industries, including mining, agriculture, construction, manufacturing, and more. Any worksite where noise levels exceed normal levels could easily qualify as a health and safety hazard, requiring hearing testing by law to monitor the wellbeing of workers.

One thing we talked about before when discussing normal and abnormal hearing test results is the difference between what we do, audiometry testing, and a health assessment done by an audiologist, sometimes referred to as audiometric assessment. There is a distinction, and that’s what we’re going to expound upon in this post. Doing so will help you understand what an audiometric test’s part is in detecting hearing-related illnesses.

Routine audiometry testing is key to helping workers understand their hearing. It provides data that employers and employees alike can use. But the fact remains that audiometry testing does not directly detect a hearing-related illness. It just paints a picture of your hearing ability, and by comparing baseline test results against periodic tests, your audiometric technician can identify abnormal shifts or abnormal baseline test results in your hearing.

How Audiometric Screening Tests Might Indicate Tinnitus or Other Illnesses

Tinnitus is frequently linked to hearing loss. Tinnitus is a loud phenomenon in your ears without an identifiable source of sound. Ringing, buzzing, whistling, whooshing, roaring, humming, or cricket noises seemingly from inside your head are examples of these sounds. But tinnitus is not a sickness or an ailment in and of itself.

Tinnitus can be caused by various factors, including middle ear infections and ear damage caused by loud noises. Moreover, tinnitus can happen on its own or in tandem with other types of hearing loss! As far as disease goes, certain infections, such as meningitis, CMV, mumps, and chickenpox can cause hearing loss. Jaundice can also lead to some ear health problems in severe cases.

To be clear, audiometric testing can certainly indicate when there might be hearing loss, but it can’t directly indicate that someone has tinnitus. 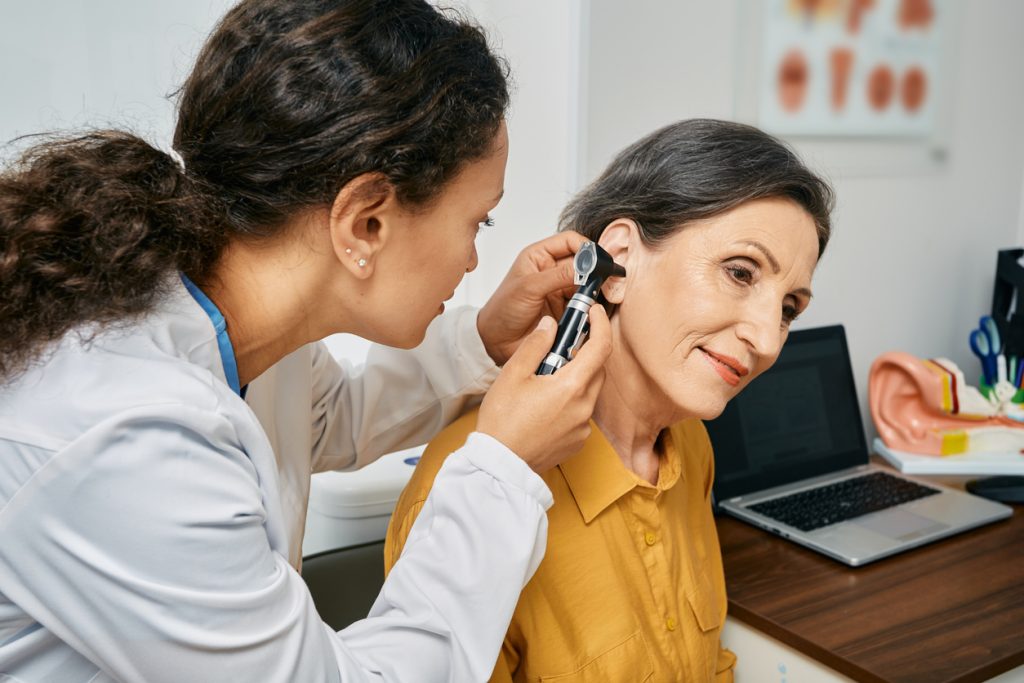 An industrial audiometry test’s primary purpose is to show when hearing loss has taken place due to sustained noise.

An audiologist performs an audiological assessment, sometimes after an audiometric technician has administered a routine hearing test and referred the patient to a doctor. For all intents and purposes, an audiologist is an ear doctor. They can take various tests, and they might refer to an audiogram you got from industrial audiometric testing, and work towards a diagnosis, wherever there’s an undetected hearing-related illness in play. But your hearing test results are only part of the puzzle.

If you’re getting a routine hearing test, the resulting audiogram constitutes data an audiologist might be able to use in making a medical diagnosis. After that, they will likely need to perform further medical tests to form a diagnosis, as part of a medical ear exam.

At Rocky Mountain Mobile Hearing Testing, we make sure that we’re in touch with the most reliable audiologists we can find for the benefit of workers and their employers. But our primary focus is on providing audiometric screening tests and helping to prevent Occupational Noise-Induced Hearing Loss(ONIHL)—to aid employers as they meet safety standards in the workplace, for the benefit of all.

Rocky Mountain Mobile Hearing Testing is your locally owned and operated Calgary business. We are committed to providing mobile hearing testing services and other safety tests to numerous industries and companies in Western Canada. Our services are part of the WorkSafeBC Provider Network, while our sound booths are approved by the CSA. We offer audiometry testing, mask fit testing, custom earplugs, noise measurements, help with implementing a hearing conservation program, and spirometry testing. If you want to improve your workplace, leave it in the hands of our team. Contact us today at (403) 399-4775.